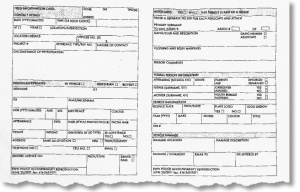 A growing group of prominent citizens is speaking out against the police practice of carding.  We are committed to a Toronto that is inclusive, diverse, welcoming, and respectful, and carding does not fit that vision.

Carding has led many in our city to distrust and disrespect our police.  Anger, hurt and unrest have replaced any benefits police may derive from this practice.

We all need to oppose carding vehemently.  We resent having to witness its debilitating impact on our neighbours.  It sends a message of hopelessness to young people with black or brown skin.  We cannot and will not accept this for any group or community in our city.  We do not need a new generation of Torontonians growing up to believe our police are their adversaries.

We are offended by the notion of casually and routinely stopping citizens, outside of police investigations of actual criminal acts that have occurred, to question and record, and then store personal data in police files. We are deeply distressed that Toronto residents of colour are subjected to this invasion of their privacy when the overwhelming majority of white-skinned citizens are not.

We believe that carding violates the human rights of citizens. It goes against the principles of our Charter Rights.  It paints a disturbing picture and repeats a narrative that is reminiscent of ugly practices that were historically endured by racialized residents, particularly those of African Canadian backgrounds.

We cannot allow an environment of anger and distrust of our police to exist and fester in our city, particularly among the African Canadian and other racial minority communities.  We cannot sit back and allow this to undermine everything we teach our children about Canada being a fair and equal society.

We urge Mayor John Tory, Alok Mukherjee, Chair of the Police Services Board and Mark Saunders, Chief of Police to immediately cease the practice of carding.  And we call on all citizens of this city to step forward and make known their distaste of this fear-mongering practice.

Our call is not intended to interfere with the common police practice of conducting criminal investigations in order to apprehend criminals in the interest of public safety.  Rather, it seeks to correct an injustice that harms police/community relations, and damages the reputation of our police service and the city it serves.

If this demeaning practice of selected carding is not terminated quickly, it will irreversibly divide and separate our various communities and cultures. We must be a city where every citizen is treated equally and justly.

Retired School Principal; Former Minister of State for Multiculturalism and Parliamentary Assistant to the Prime Minister, Government of Canada

Former President & CEO, United Way of Greater Toronto; Former Minister of Government Services, Chair of Management Board of Cabinet and Minister of Health, Government of Ontario

Former Canadian Ambassador to the United Nations and Special Envoy for HIV/AIDS in Africa;  Author of “Racism in Ontario” a report to the Premier of Ontario 1992

Former President, University Ryerson and OISE (Ontario Institute for Studies in Education); Author “Now Is Not Too Late”, report on Race Relations in Toronto, 1978

Desmond Cole is an activist, freelance journalist, and author of the new bestselling book “The Skin We’re In: A year of Black Resistance and Power”. https://www.penguinrandomhouse.ca/books/536075/the-skin-were-in-by-desmond-cole/9780385686341